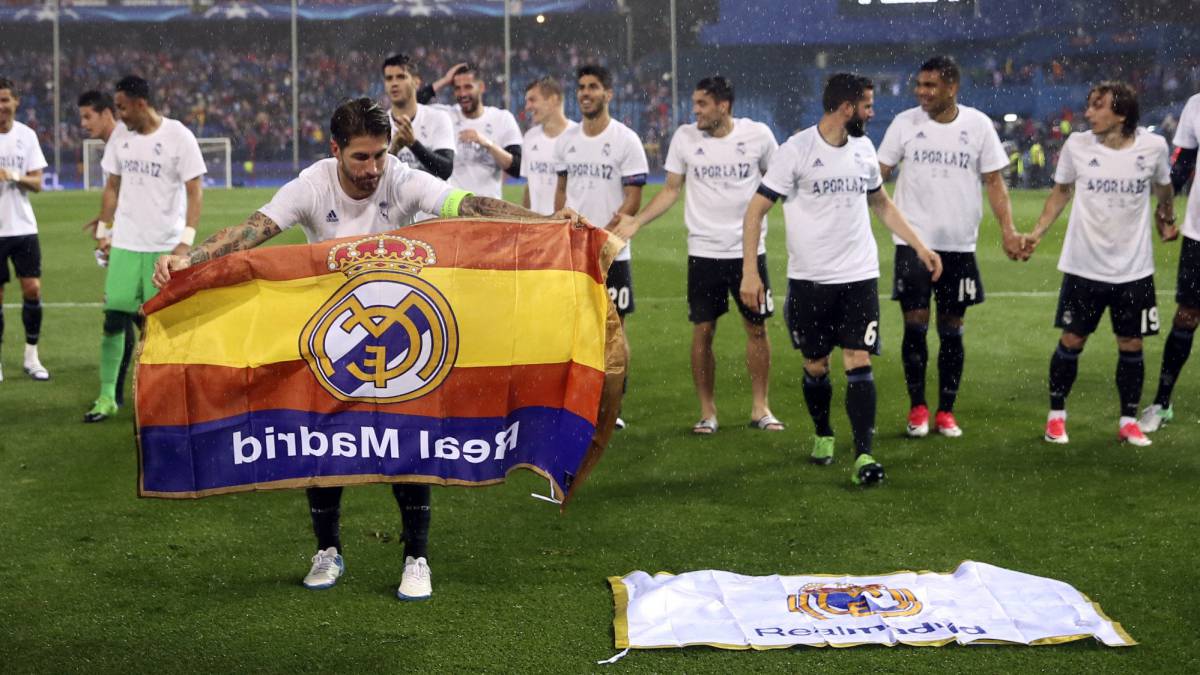 After the final whistle had blown at the Calderón, and the Atlético fans had shuffled out of the exits, the Real Madrid squad returned to the pitch to celebrate with their fans. They will face Juventus in the Champions League final on the 3rd of June.

Zidane's team re-emerged from the Calderón tunnel for a final time, adorned in t-shirts paying tribute to their '12th man'.

In a symbolic act, Madrid captain Sergio Ramos laid two club flags on the turf. Both bore the Real Madrid club crest; one with a white background, the other imposed on a Spanish flag.

Those same flags were also present in the Madrid dressing room.

Alvaro Morata, who came on as a second-half substitute, shared a picture of the Real Madrid squad celebrating.